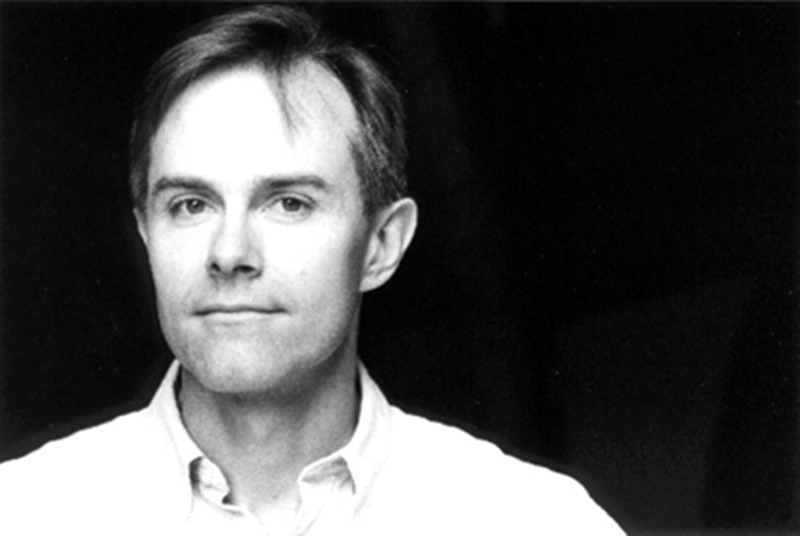 As a composer, concert presenter, educator, and music executive, Theodore Wiprud has played many important roles in the musical life of New York City and the United States since the 1980s. His orchestral, chamber, choral, and vocal compositions reflect his constant involvement with both adult and young performers and audiences, from classrooms to community groups to the New York Philharmonic, where he currently serves as Vice President, Education.

Musicians describe Mr. Wiprud’s music as “rewarding to perform,” “warmly received by audiences,” and “destined to set a high standard.” Critics and audiences call it “very dramatic and passionate,” “highly original work,” adding that it “made the greatest impression of the evening.” This is music that has a real impact on real people.

An evening of one-act operas that proudly luxuriate in the spirit of the Renaissance.””

Theodore Wiprud was born in 1958 in Washington, D.C. A music student from childhood, Wiprud was studying biochemistry at Harvard in 1980 when a chance encounter with the music of David Del Tredici altered his life plans. He gained admission to the master’s program in theory and composition at Boston University in order to study with Del Tredici, graduating in 1983 with the Theory and Composition Prize, then continued studying privately with him for several more years.

Wiprud established the music department and taught for six years at Walnut Hill School, a performing arts boarding school outside of Boston. During this time, he composed the earliest works to remain in his catalogue, the Sonata For Piano and the Viola Sonata. But a year’s sojourn in England, immersed in the contemporary music scene of London and Cambridge during 1988-89, would provide important new impetus to his music. While studying with Robin Holloway as a Visiting Scholar at St. Edmond’s College, Cambridge, he was consumed by Dante’s The Divine Comedy, which inspired his breakthrough piece, String Quartet No. 1: Refining Fire. He would go on to compose several works based on The Divine Comedy, adapting Dante’s terza rima rhyme scheme to musical structures on multiple levels.

Upon return to the United States, Wiprud spent the summer of 1990 as a fellow of the Aspen Festival’s composition program, studying with Bernard Rands and Jacob Druckman. He settled in New York and began working for Meet The Composer, the national funding organization for composers, under the mentorship of John Duffy. During his years at MTC (1990-1997), Wiprud designed a wide range of programs supporting hundreds of composers in their creative work while learning about every aspect of the music industry, culminating in his appointment to Program Director. Wiprud also continued to compose, including his blues-based A Georgia Song on the poem by Maya Angelou; a percussion quartet widely played among student ensembles; and his large-scale Saxophone Quartet, co-commissioned by the MATA New Music Festival in its inaugural season.

But the next four years were musically his most fruitful to date, as he built a life around composition and the production of elaborately staged concerts of new music, including his own. Dark Love featured his deeply psychological percussion quartet Dark Love; Beyond Words saw the premiere of his String Quartet No. 2: Intimations and Incarnations; and I, Too, Sing America showcased Part 1 of his American Journal, based on the poetry of Robert Hayden. His orchestral score Hosannas Of The Second Heaven, also inspired by Dante, was composed during this period as well, and performed by three orchestras within a year of its completion. Through The Commission Project, he also served as the composer in residence to Brooklyn’s PS 321, producing a series of works for children’s chorus. Wiprud was simultaneously creating education programs for the American Composer’s Orchestra and professional training workshops for the American Music Center, serving as a teaching artist with the Orchestra of St. Luke’s, and carrying out a variety of other projects in fundraising and project administration. 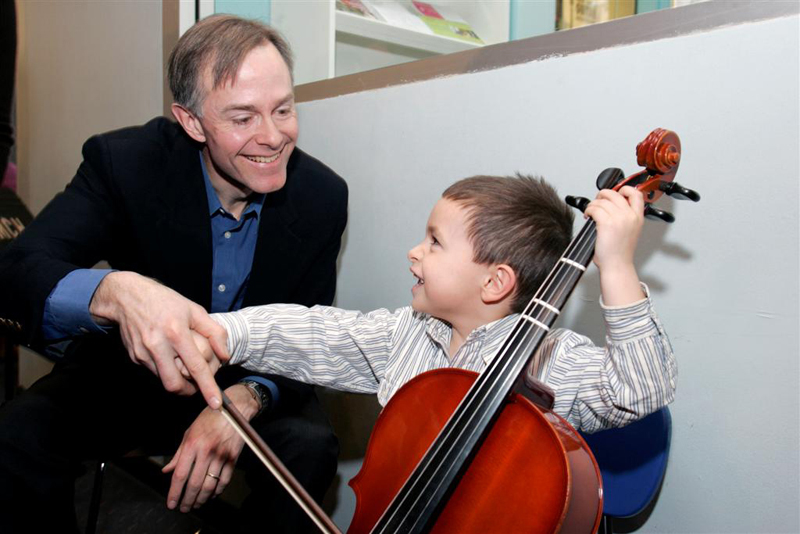 In 2004, Wiprud moved to the New York Philharmonic as Director of Education, assuming an even larger role in music education in the city as well as on a national and international level. Responsible for the historic Young People’s Concerts and School Day Concerts, the popular new Very Young People’s Concerts, the nation’s leading in-school orchestra programs, and frequent public talks on music, Wiprud nevertheless continues to produce winning new works. New compositions include Grail for string orchestra, written for the Louisiana Sinfonietta; Three Mystical Choruses on texts of Rumi, Uvavnuk, and Mahadeviyakka, written for the Young People’s Chorus of New York; and the completion of American Journal for baritone and string quartet as a 30-minute realization of Robert Hayden’s brilliant reflection on American identity.

In 2010, violinist Ittai Shapira approached Wiprud about a violin concerto. The two settled on Hurricane Katrina’s aftermath as a subject, and Wiprud composed the work from August 2011 to July 2012. It premiered with the Knoxville Symphony in October 2012, and was then recorded with the same soloist by the Royal Liverpool Philharmonic, for Champs Hill Records. Beginning even earlier, in 2008, Wiprud collaborated with playwright Tom Dulack on a one-act opera based on Robert Browning’s My Last Duchess. After several workshops and revisions, the opera premiered on Cutting Edge Concerts at Symphony Space in New York in April 2012, on a double bille with Robert Sirota’s The Clever Mistress.

His 2014 work Mudang, combining Korean p’iri (virtuoso Gamin) with string quartet (Ethel), has been heard on three continents, and recorded for upcoming release. Pianists Yoonie Han and Jenny Q. Chai have performed extensively the works Wiprud has recently composed for them.

Wiprud lives in Brooklyn with his wife Kim, who leads large-scale architectural restoration projects, and their two teenagers, Allegra and Marlon. He serves on the boards of MATA and the New York City Arts in Education Roundtable.

There are no upcoming events at this time.