Composed for soloist Ittai Shapira, the concerto reflects on the devastation of New Orleans and the musical communities of the Delta, five years later.

Read the blog post about this work by violinist Samuel Thompson, who experienced Hurricane Katrina personally.

Hurricane Katrina’s devastation of a major U.S. city, one of the great disasters of recent times, has many stories left to tell. The legacy of displacement only began in 2005 and continues to have its impact.

My Violin Concerto (Katrina) reflects on the devastation wrought by the storm and the flood, on the musical life of the whole Delta. It concerns the resilience of music and life in the face of disaster—how the whole mix of Cajun, blues, and jazz tell the story of people’s lives and cultures. The first movement, “Les Bons Temps,” is a struggle to recapture the vivacity of New Orleans, memories repeatedly overcome by enormous waves of sound. “Acadiana” channels elder spirits of the Delta that have seen so many disasters, and “Fly Away” is a free fantasy on the jazz funeral standard “I’ll Fly Away”—a title with many meanings for those displaced.

When the work premiered in Knoxville, dozens of audience members and musicians—including some who were in New Orleans during the flood—told me how powerful an experience the concerto was for them. I was humbled by their stories. My experience of the disaster was from afar, but my empathy and my stake in the music of the region is that of every American. I look forward to bringing this work to communities that were directly touched by Katrina, and equally to those as distant from the storm as I was, to continue exploring our responses to disaster, and to celebrate music that transcends time. And I hope to create events and educational projects around the work, drawing on my experience as Director of Education at the New York Philharmonic.

I am grateful to Ittai Shapira for requesting the concerto, helping develop its concept, and performing it so thrillingly; to generous donors who commissioned the work; and to Lucas Richman and the Knoxville Symphony who first brought the concerto to life. 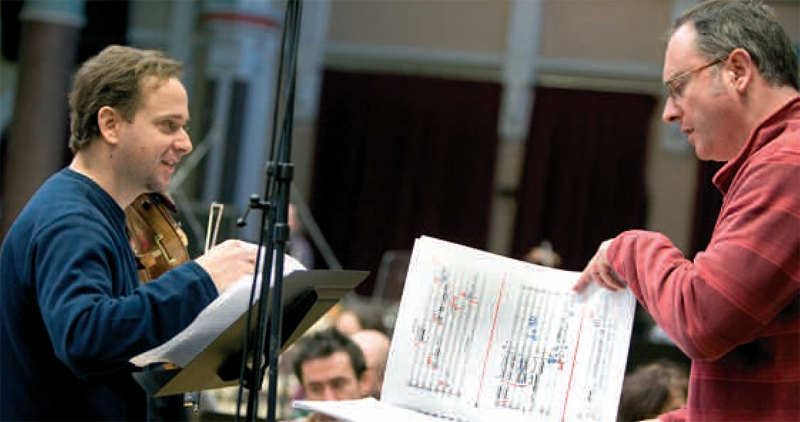